Richie Barshay began drumming inside kitchen cabinets at an early age, and continues banging on things worldwide to this day. From his work with Herbie Hancock in the 2000s, to tours and recordings with Chick Corea, Esperanza Spalding, The Klezmatics, Fred Hersch, and Kenny Werner, he's been dubbed "a major rhythm voice on the rise" by Downbeat magazine, and The Guardian (UK) praises "a major innovator who also knows how to have fun." He’s also performed with Natalie Merchant, Bobby McFerrin, Joe Lovano, Lee Konitz, Donald Harrison, Lionel Loueke, Julian Lage, the Curtis Brothers, Gabriel Kahane, Pete Seeger, and the Tony Award winning musical The Band’s Visit on Broadway and national tour. Since 2004 he’s traveled across 5 continents as an American Musical Envoy with the U.S. State Department. Richie can be heard on over 90 recordings as a sideman, and two albums as a leader: Sanctuary featuring Chick Corea (2014), and Homework featuring Herbie Hancock (2004). Based in Northampton, Massachusetts and New York City, he is an AmSAT certified Alexander Technique teacher helping performing artists and others regain more body-mind coordination and ease of movement. 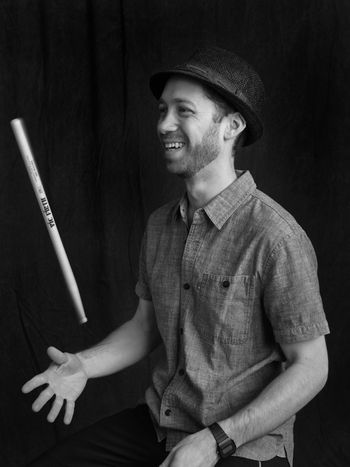 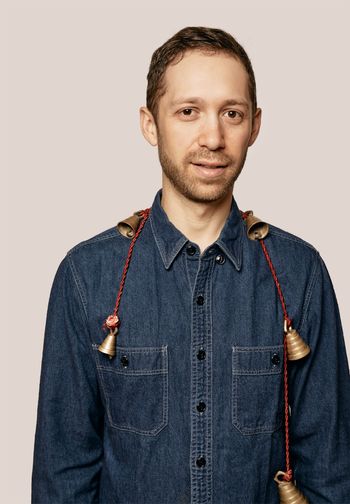 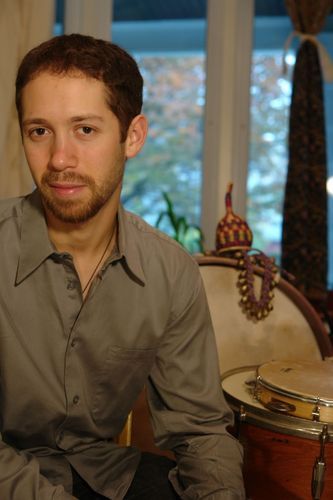 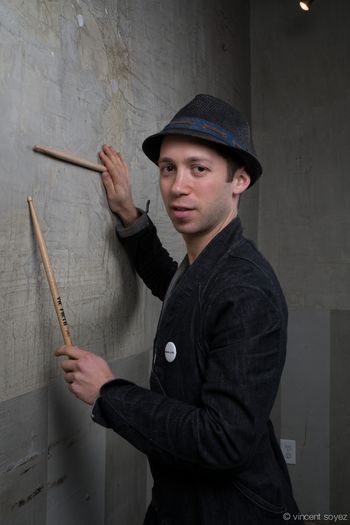 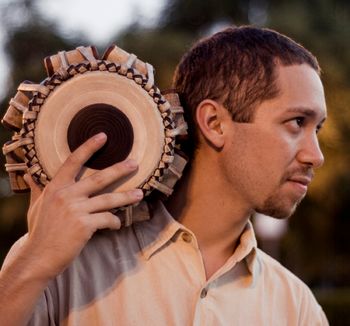 "Richie Barshay is one of New York's most sought after jazz drummers."
The Seattle Times

"This man is a serious percussionist and composer for percussion. Something beneficial has happened to my heartbeat."
Robert R Calder - PopMatters Music Review

"He is one of those players who just needs to breathe on his drum kit to set up a rhythm. His light touch, incorporating tablas, electronic percussion and crisp-sounding cymbals, ensured that there was always an interesting pulse."
The Herald (Edinburgh, Scotland)

"A wealth of energetic support, never losing his nimble way even at the sometimes breakneck paces...He turned the dreaded drum solo segment into an engaging rhythmic call-and-response exercise with the crowd."
Randy Lewis - Los Angeles Times

“Then he played, and the tapestry of sound he created - from soft snare rattles and delicate cymbal breezes to electronic percussion - announced the arrival of a major innovator who also knows how to have fun.”
“A theme based on a Peruvian rhythm, a twisting Indian tabla feature...confirmed what unusual angles the gifted Barshay comes from. This is just the beginning for him.”
John Fordham - The Guardian (UK)

"Barshay also struck gold with his drum solo on the second to last song, mixing styles and rhythms with ease."
DCMetroTheaterArts

"A player to watch."
“He fervently explores the many instruments and rhythms at his beck and call.”
Scott Albin - JazzTimes.

“Homework introduces a major rhythm voice on the rise.”
“Some use the word ‘painterly’ to describe piano players engaged in impressionistic flights of fancy. This description also suits the graceful determined phrasings of Richie Barshay.”
Ken Micallef - Downbeat

"Utterly fabulous and uplifting...this musegician drummer/percussionist is a master with the muse and a true gift to this land."
Nancy Nash - June Award nominee Canadian blues singer

“A showcase of Zen-like cymbal work.”
“On Homework, his striking debut as a leader, Herbie Hancock’s current drummer, Richie Barshay, effectively incorporated tabla into his drum kit while adding a wide spectrum of Indian and Afro-Cuban instruments to the fabric of his brilliantly original compositions. Tabla has a prominent role throughout.… And we’re not talking overdubbing here. Barshay actually plays the tabla at the kit while simultaneously activating the bass drum and hi-hat with his feet, then alternately picking up sticks to traverse his snare and toms in organic fashion.”
Bill Milkowski - Traps: The Art of Drumming

"All the right stuff, so we have hope...continues to impress us all with his swing and musicality. "
Bob Brookmeyer